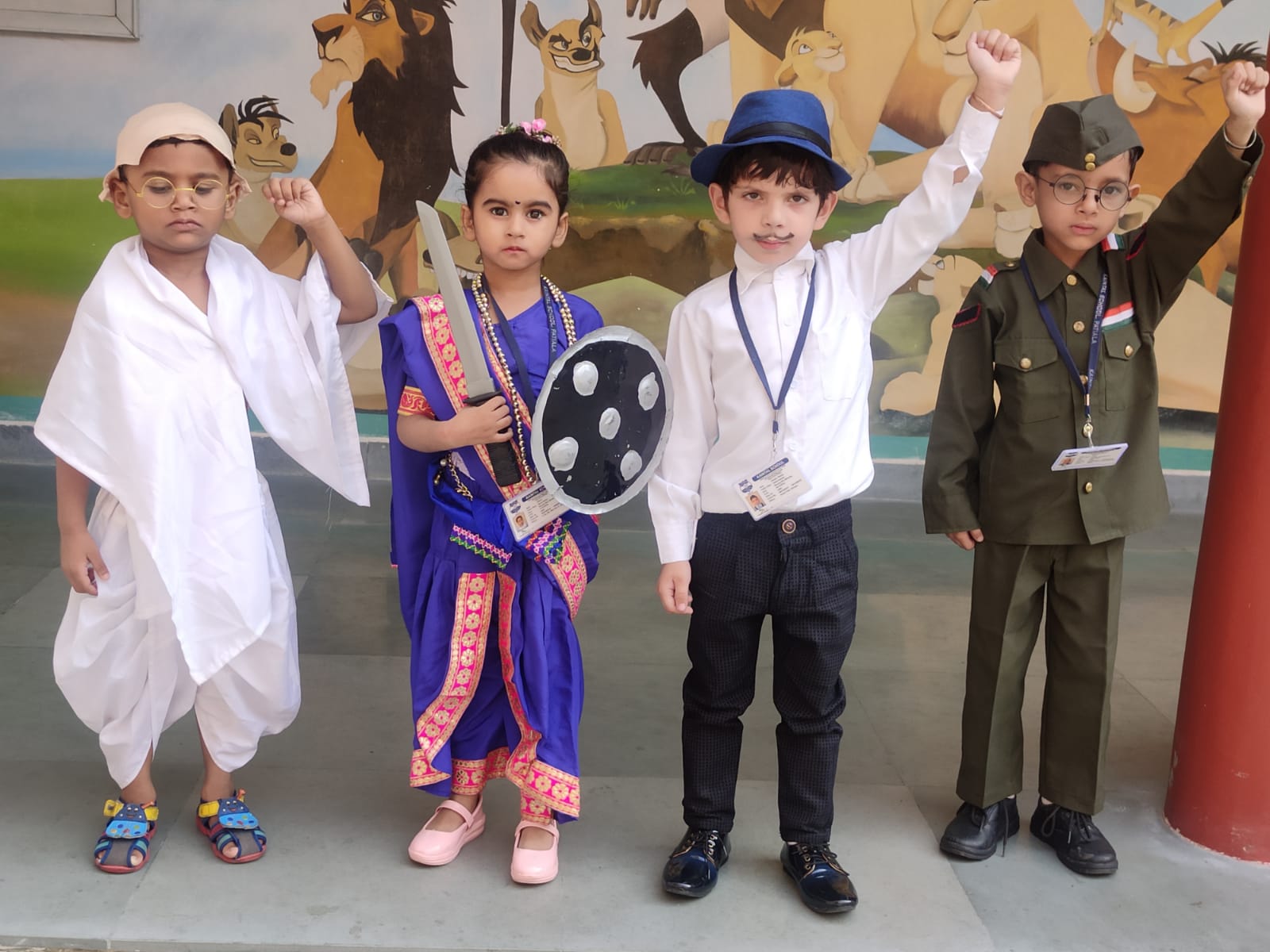 “Be the change that you wish to see in the world.” – Mahatma Gandhi

Kaintal Prep School celebrated Gandhi Jayanti, the birth anniversary of Mahatma Gandhi Ji with reverence to pay homage to the father of the nation, an iconic figure fondly known as Bapuji. On this occasion, every Indian bowed their head in respect by remembering Gandhi Ji’s simplicity, philosophy, reforms, struggles and the non-violent resistance he had put up for independence from the British rule. The infamous movements led by him inspire today’s youth to fight for their civil and humanitarian rights through non-violence.

On 1st October, the Preparatory Wing and Class I children observed the occasion by draping themselves in the attire of Mahatma Gandhi. They picked up the stalwarts from Indian history and participated with zest in fancy dress. Children paid tribute to Gandhi Ji by reciting poems and speaking a few lines about him. The fancy dress activity evoked in students the feeling of patriotism.